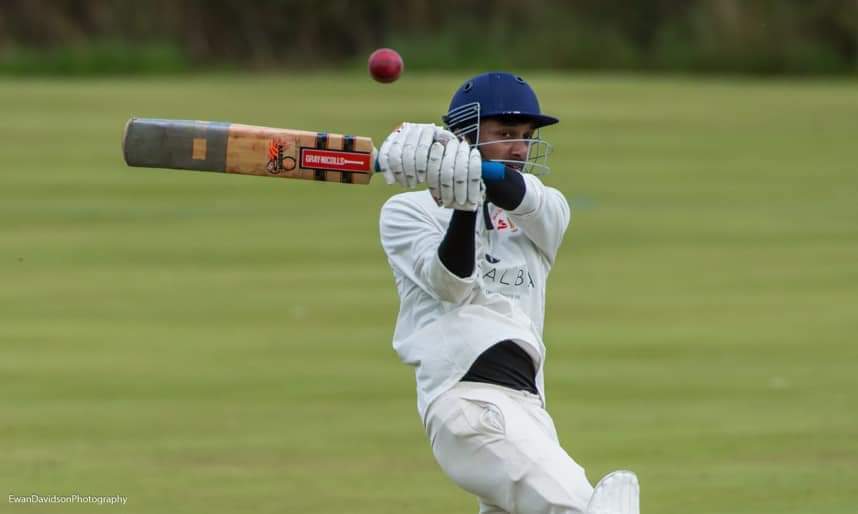 Gala 2nd XI went they moved to two wins from two games. The squad travelled to Inverleith Park on what was a good day for cricket and after winning the toss, Gala elected to bat. With a disappointing performance with the bat, Gala had it all to do in the field, looking to take early wickets to limit the Old Contemptibles.

Gala opened with Jamie Bell and Ajith Sujan after their strong performances last week however, for the opening pair things didn’t go to plan. The first wicket fell with the score on 19 as Bell was bowled by Lomax for 8, then only three runs later Sujan fell for 10 again to the bowling of Lomax. Hastings and Robbie Paterson spent a short time at the crease both being dismissed on 2 and with these wickets it brought experienced Scott Paterson and Loumeau into the game. The pair managed to fight and put some runs on the board but with Paterson going for 11 and Loumeau for 15 the flood gates opened. The Old Contempibles bowling attack ripped through the lower Gala order leaving Gala all out after 28 overs for 75 runs.

With a low total on the board to defend, Gala bowled excellently to restrict the Edinburgh Side. Scott Paterson opened the bowling brilliantly and took 2 wickets for only 2 runs in his 5 overs bowling 4 maidens at the same time. With Bell also providing 2 wickets in his opening spell, Gala soared through the batting line-up. Gilchrist took 4 wickets and Skeldon finished off the innings by taking 2 wickets leaving the Old Contemptibles 30 all out off of 22 overs.

A very good bowling display from Gala means they move to joint first in Division 6 along side Edinburgh South. This sets up a top of the table clash next week as the Gala host Edinburgh South at Meigle Park.

Old Contemptibles 30 all out after 22 overs

Edinburgh CC vs Gala (On time)

Gala 2nds vs Boroughmuir 2 (On time)